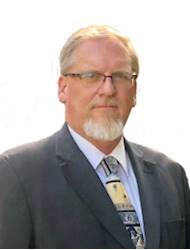 
Eric Johnson is a successful Thought Leader, Mentor, Business Coach, Speaker, Sales and Marketing Expert with over 30 years experience identifying and monetizing great ideas. As a sales executive and entrepreneur, Eric led teams that created new markets for dozens of products and have generated over $3 billion in revenues. As an investor, Eric has lead teams that secured financing in excess of $365 million for companies in fields like real estate, biofuels, construction materials manufacturing and electric vehicles. He has also lead multiple corporate restructuring projects that achieved year over year revenue increases exceeding 1200%. Eric has extensive experience with lean and virtual organizations that focus on a triple bottom line. (People, Planet, Profit) By focusing on the good of the first two, and executing as a steward, the third grows exponentially. Eric also believes in Socially Responsible Investment (SRI), and endeavors to bring that philosophy to all of his investments, whether or not they start that way.

In addition to his business pursuits, Eric has been a professional recording and live performance musician, professional television and film actor, professional multi-track audio engineer (live and recorded sound), professional on-air radio personality, and professional voice-over talent. Eric has deep and wide contacts in the TV and film industry, from actors, directors, producers to talent agents and production companies. In the music production and performance industry, Eric’s contacts run from tier one performers (recognizable names in Rock, Country, and Alternative genres) to recording engineers and promoters.