Times are Good in Phoenix to Sell a Business 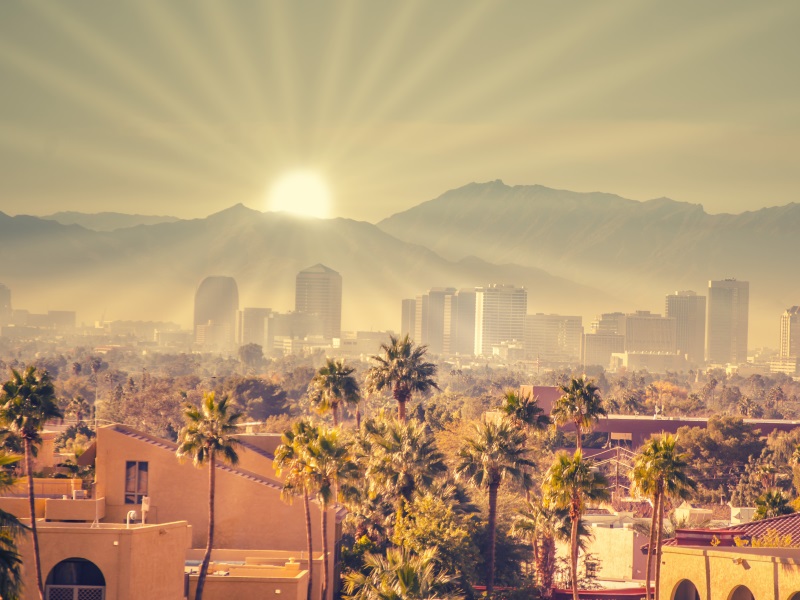 When the Bank of Montreal published its study on the state of Arizona's economy in September 2018, the outlook was as sunny as a summer day in Phoenix. The report found that Arizona's business climate was experiencing above-average growth, at around 4.2 percent per year. This is the fastest it has grown since before the 2007 Great Recession threatened the local real estate market. Almost every sector of the economy in and around Phoenix is doing great, so why is it a good time to consider selling a business in Phoenix?

Too many business owners think selling their company, or at least their share of it, is something that should only be done in a bear market or when the outlook is bad. What this view misses is that buyers can also read reports, and nothing depresses your sale price like grim predictions about future earnings. Selling on good news, on the other hand, draws a crowd of interested buyers who've heard how good things are looking and who might be ready to pay a premium for investing in a hot growth market.

The Climate in Phoenix

The boom economy of 2018 had positive effects all over the country, but few places took to it like Phoenix. In January 2019, the Arizona Office of Economic Opportunity estimated that the state picked up nearly 90,000 jobs, with health care, construction and manufacturing at the top of the list for new hires. These industries are often seen as indicators for the larger economy, and strong hiring in all three suggests local employers are betting on continued growth. The same office predicts 543,000 more jobs being added to the local economy by 2026, suggesting the gains are permanent, full-time work.

The Five Cs of Business in Phoenix

From its earliest days, business in Phoenix has been built around the five Cs. If you own a business in any of these still-strong fields, you may have an attractive company for buyers all over the world.

Copper. The Arizona Geologic Survey has reported that after nearly a century of industrial-scale mining, "King Copper" is still the state's most valuable metallic mineral. The survey's report estimates that Arizona produces 68 percent of the copper used in the United States, and there's no sign of a slowdown, especially with domestic demand up.

Cattle. Phoenix is cowboy country, and the local cattle industry is the top half of a $23.3 billion industry. The three biggest sectors of the local agricultural industry, beef, dairy and dairy production, are all cattle-intensive. Buyers from around the world are looking to get into dairy farming in Phoenix, and sellers may have an easy time finding buyers in 2019.

Climate. Thanks to its mild climate, Arizona has always been a low consumer of energy but a big exporter. Lots of solar potential and very hungry energy markets in nearby Las Vegas and Southern California have been and are currently driving significant growth in green energy.

Cotton. Cotton grows freely around Phoenix, thanks to good soil, just enough water and plenty of sun. Arizona can produce nearly 500,000 480-pound bales of cotton in a harvest. Selling a cotton-related business, such as equipment rental or milling, is promising in 2019.

Citrus. Florida and California have competition in the citrus market in Phoenix. Citrus farming and the businesses it sustains predate statehood, and recent shortfalls in rival states have created new markets for Arizona's oranges, lemons and other citrus crops.

Is the Boom a Good Time to Sell Your Business in Phoenix?

No economic report is ever perfect, much less a forecast, but Arizona has been doing well since late in 2017. The trade wars of 2018 have spooked a lot of commodity producers nationwide as overseas markets have narrowed, if not entirely closed, their doors to U.S. exports. Arizona, however, mostly produces for the domestic market, with state exports totaling just 1.4 percent of national exports. That stability is drawing motivated buyers into the Phoenix area from more export-dependent states like Texas, and those investors are eager to buy at a premium. Of all the places in America to think about selling a business, Phoenix may be the most promising.

Contact LINK Business Phoenix 480-686-8062 or infophx@LINKBusiness.com to receive your complimentary analysis of what the most likely sales price would be for your business.